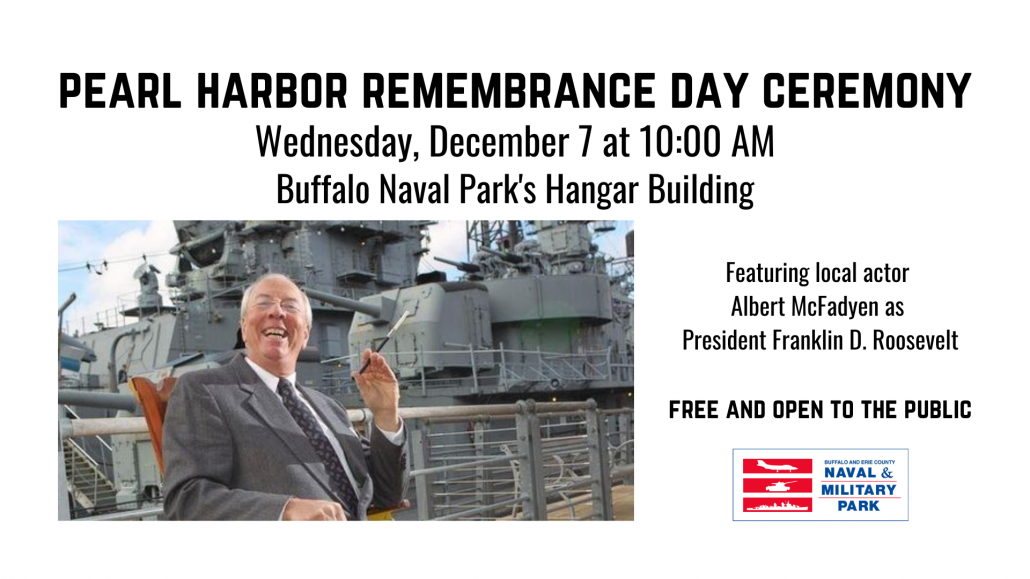 Local actor Albert McFadyen will reprise his role as Franklin Delano Roosevelt during a special program at the Buffalo Naval & Military Park to commemorate the 81st anniversary of the Japanese attacks on the U.S. naval base at Pearl Harbor, Hawaii, in which more than 2,500 servicemen and civilians were killed and more than 1,200 were wounded.
McFadyen will recreate Roosevelt’s “Day of Infamy” speech to Congress, given on December 8, 1941, and share stories and anecdotes about Roosevelt’s life and presidency. He uses an antique wheelchair and cane in his portrayal of the 32nd president, who was paralyzed from the waist down because of polio. McFadyen has portrayed FDR at numerous schools and theaters around the United States and supplied Roosevelt’s voice in the Ken Burns production “The National Parks: America’s Best Idea.”
This event is free and open to the public. Please RSVP to reserve your seat!