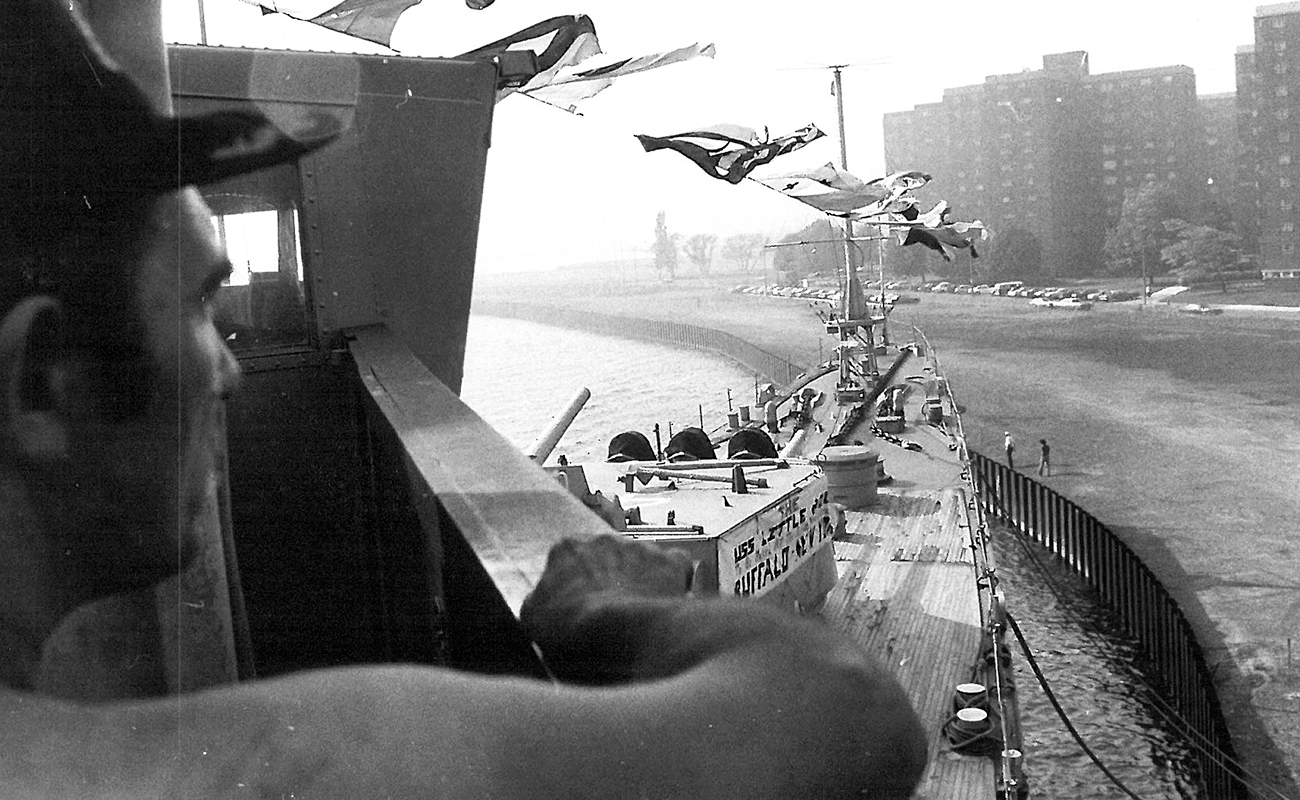 In 1976, in conjunction with the Buffalo Urban Renewal Agency, the Buffalo & Erie County Naval & Military Park applied to the Department of the Navy for a decommissioned naval vessel. The Navy agreed, and in 1977 donated the destroyer USS The Sullivans, as well as the Guided Missile Cruiser USS Little Rock, to the City of Buffalo. Just two years later, the Naval Park opened the hatches to the public with the continued support of the Buffalo Urban Renewal Agency.

Over the years, the Park has expanded with the addition of the Vietnam-era USS PTF-17 in 1979, as well as the WWII submarine USS Croaker (SSK-246) in 1988. Our biggest expansion to date has been the move down the waterfront to our current home and addition of two buildings in 2008. This move was a result of our partnership with Empire State Development Corporation.