The Outdoor Exhibit Yard at the Buffalo & Erie County Naval & Military Park contains some of the largest military equipment in our collection including aircraft, a tank, and the PTF-17 boat. 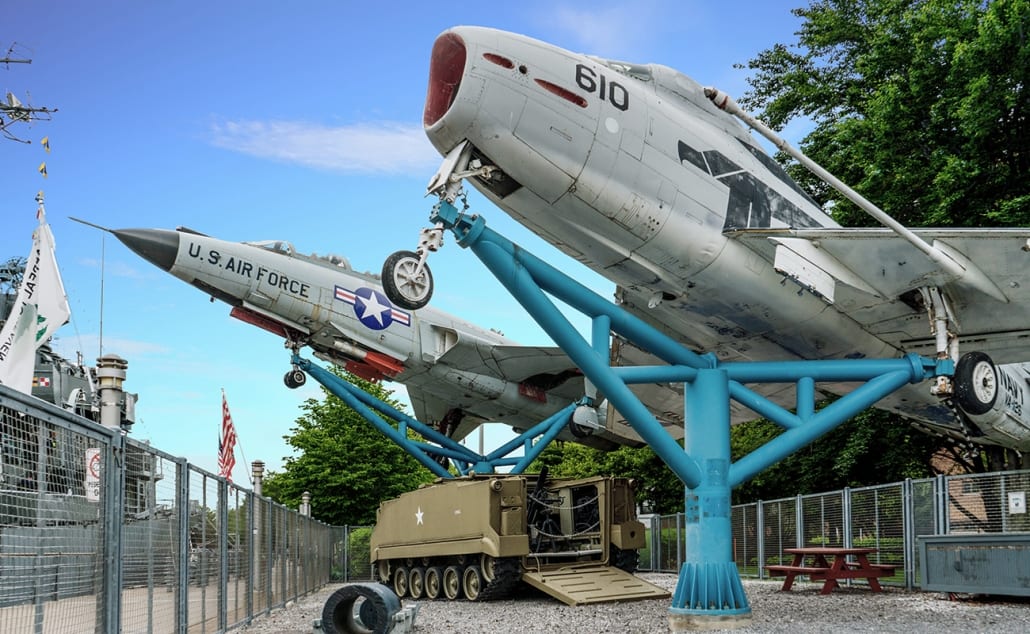 This aircraft was stationed at the Niagara Falls Air Station from 1971 to 1982. F-101F’s were flown by the New York Air National Guard’s 107th Tactical Interceptor Group as part of the “Rainbow Squadron.” In service, the aircraft flew with a red, blue, and yellow striped tail representing rainbows over Niagara Falls.

PTF stands for fast patrol boat. Built as a high speed craft, it was powered by two Napier Deltic 3100 horsepower diesel engines and operated at speeds up to 40 knots. In Vietnam, the PTF was used to patrol coastal and inland waters.