You are here: Home1 / Exhibits2 / Museum

The Museum at the Buffalo & Erie County Naval & Military Park is home to various artifacts from multiple branches of the United States Armed Forces. 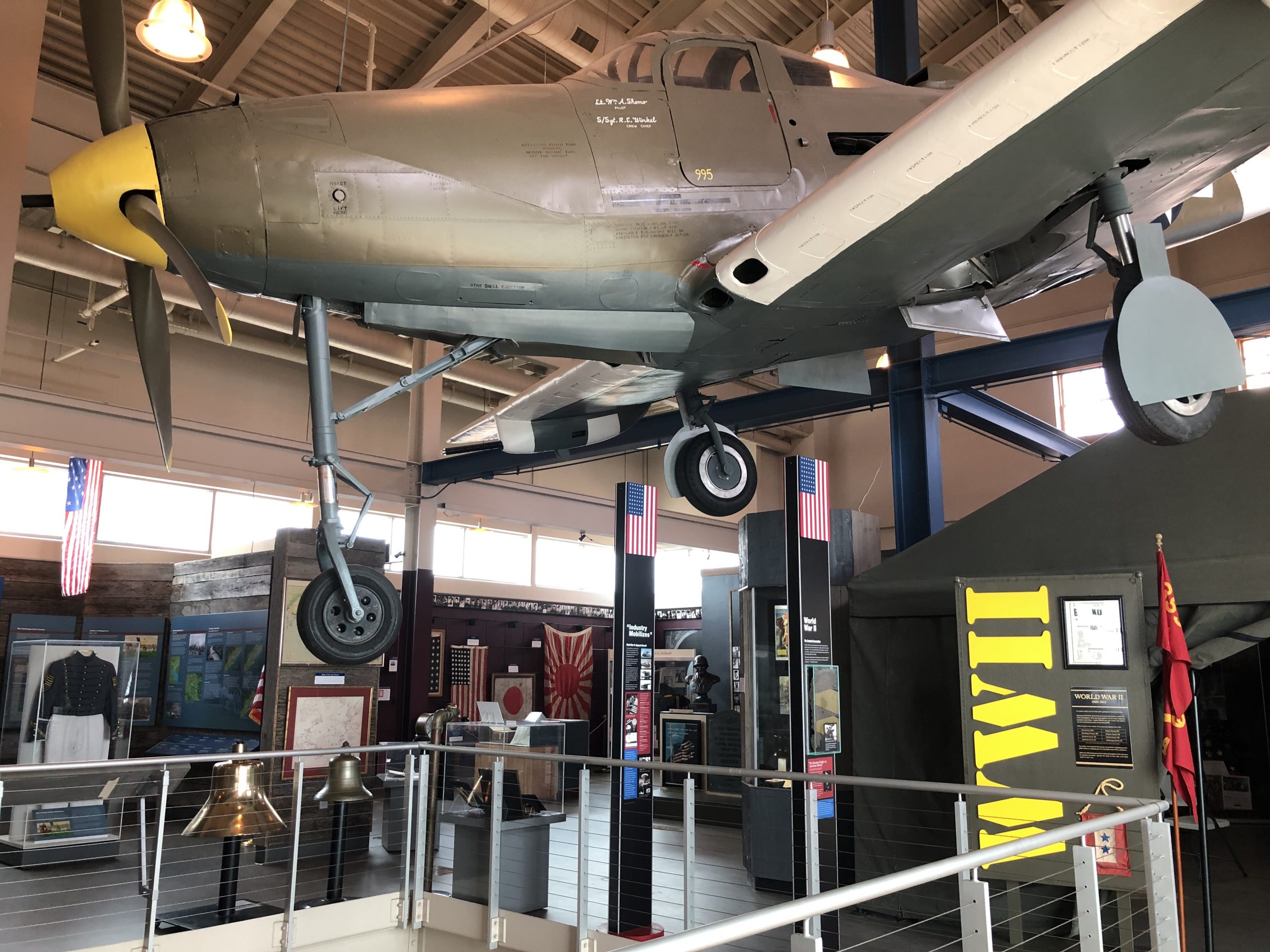 The Buffalo Naval & Military Park has hundreds of artifacts on display and many more that are being processed and cataloged to be made ready for display. We have uniforms, patches, medals, equipment, tools, and medicines, among other items. These were used by sailors, soldiers and other servicemen and women during their time in the United States Military.

The exhibits in the Museum Building focus on the history of Western New York during times of war. A theater in our Field HQ Tent plays a rotation of videos to highlight the Naval Park.

Hanging from the ceiling is a P-39 Airacobra, one of 9,500 P-39 Airacobras built at Bell Aircraft in Buffalo and Niagara Falls. The aircraft was noted for a revolutionary aircraft design in which the armament was given priority over speed and maneuverability. This resulted in the Airacobra being the only WWII aircraft with the engine behind the pilot to accommodate the 37 MM cannon in the nose. The plane was also one of the first United States military aircraft to have retractable tricycle landing gear.

You will find more of our largest artifacts outside the Museum Building in our Yard, which includes the PTF-17 boat, aircraft, tank, and a helicopter.