For over 3,000 years, women have played many roles in the military in cultures around the world. Most recently, an increasing number of U.S. women have been fighting
in combat. While their service has been controversial, America’s duty to these women warriors remains the same as to their male counterparts. But how well are we doing this in a male-dominated system? 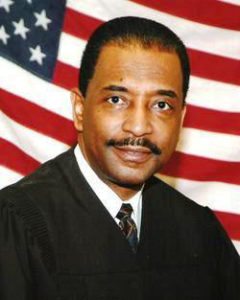 The Honorable Robert Russell will explore
that question and the work with veterans he has pioneered in a free presentation entitled “Buffalo’s Veterans Treatment Court & The Women Who Appear Before It” on July 22 from 1 p.m. – 2 p.m. in the Park Hall of Honor (across from the museum).

In 2008, Judge Russell created the nation’s first Veterans Treatment Court in response to the growing number of veterans appearing on his dockets who were addicted to drugs or alcohol and suffering from mental illness. When these problems lead to criminal behavior, the VTC offers an alternative to incarceration: a judicially supervised treatment plan developed with a team of court staff, veteran health care professionals, and veteran mentors to provide the veteran the tools to lead a productive and law-abiding lifestyle