Deck Talks at the Naval Park 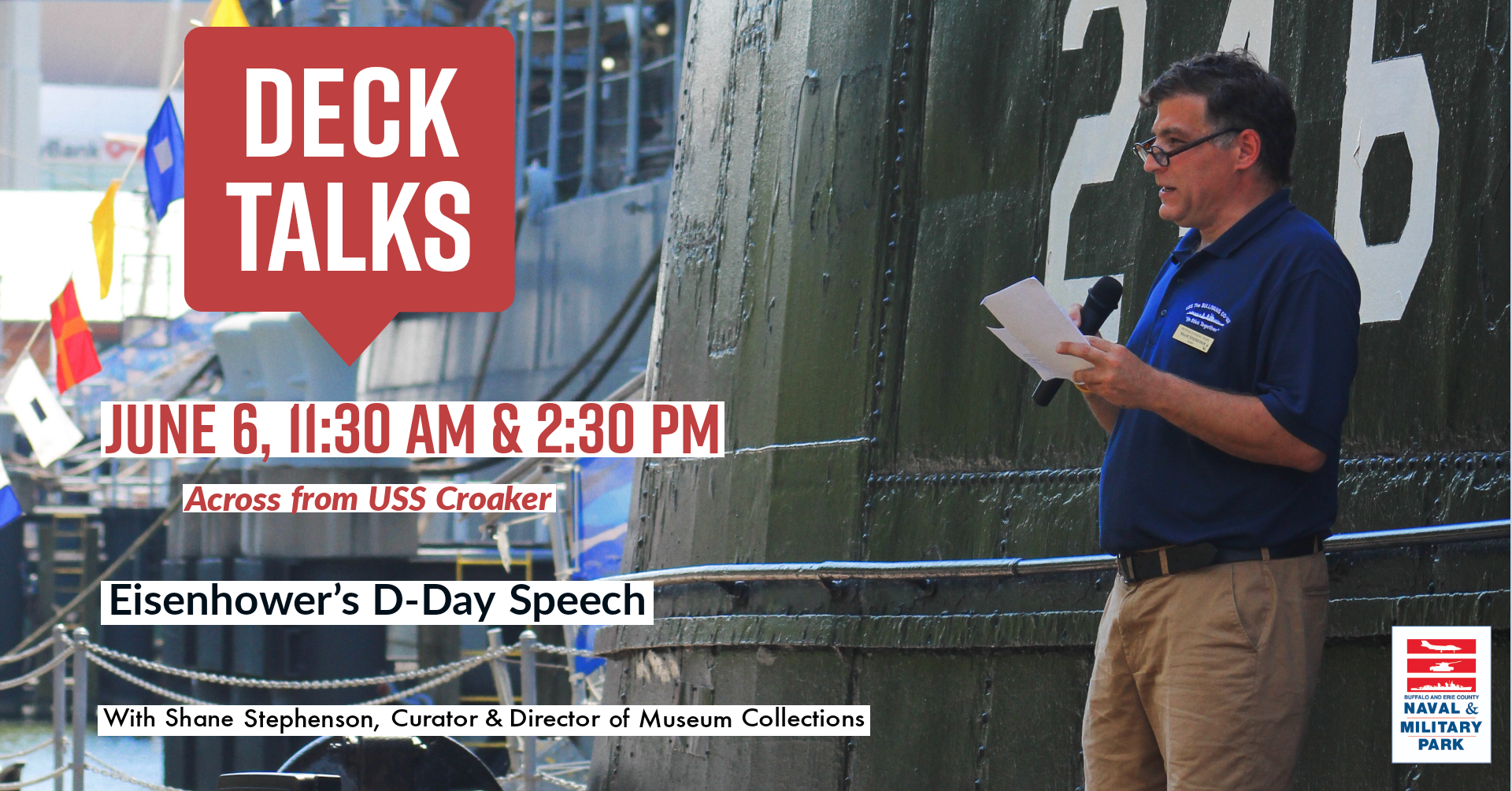 Join our Curator and Director of Museum Collections, Shane Stephenson, for Deck Talks at the Naval Park! June 6 is the 77th Anniversary of D-Day. Before the thousands of American, British, and Canadian troops landed on the beaches of Normandy, they received an inspirational speech from General Dwight D. Eisenhower. This speech will be read aloud, and the invasion will be discussed.

These talks are free and will take place outdoors at a social distance, across from USS Croaker.