This aircraft was stationed at the Niagara Falls Air Station from 1971 to1982. F-101F’s were flown by the New York Air National Guard’s 107th Tactical Interceptor Group as part of the “Rainbow Squadron.” In service, the aircraft flew with a red, blue, and yellow striped tail representing rainbows over Niagara Falls.

PTF stands for fast patrol boat. Build as a high speed craft, it was powered by two Napier Deltic 3100 horsepower diesel engines and operated at speeds up to 40 knots. In Vietnam, the PTF was used to patrol coastal and inland waters.

This is one of 9,500 P-39 Airacobras built at Bell Aircraft in Buffalo and Niagara Falls. The aircraft was noted for a revolutionary aircraft design in which the armament was given priority over speed and maneuverability. This resulted in the Airacobra being the only WWII aircraft with the engine behind the pilot to accommodate the 37 MM cannon in the nose. The plane was also one of the first United States military aircraft to have retractable tricycle landing gear. 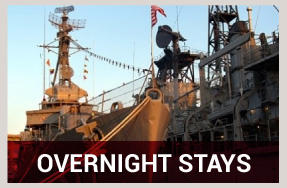 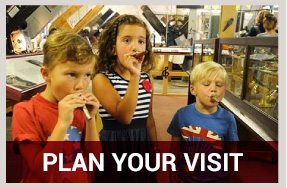 Bring the family down to the Naval Park for educational tours, fun-filled field trips and our popular scout overnight stays. Plan your next trip to the Buffalo Waterfront and visit us! 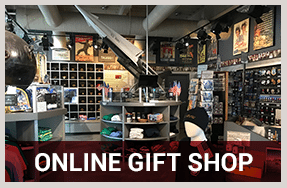 Check Out The Store

We have a wide variety of Naval & Military Park merchandise in the gift shop located in the park. We also have a number of these items available for ordering on-line.